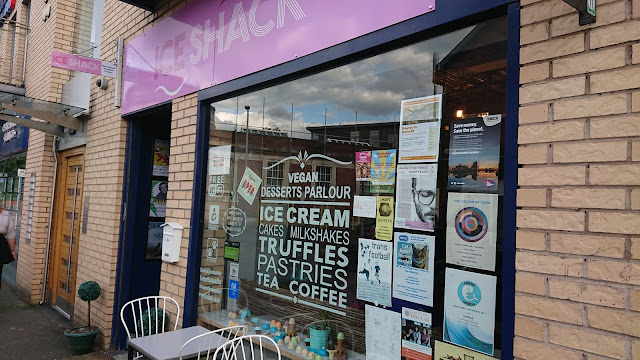 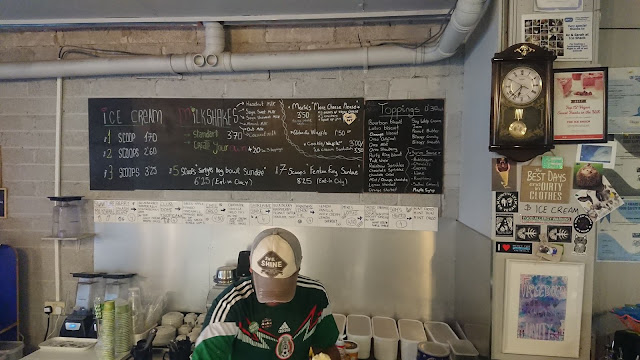 Ice Shack is Manchester's dedicated vegan ice cream parlour & cake shop (self titled desserts parlour), based in Withington. Opening in 2016, originally Ice Shack wasn't that vegan. They started off with a vegan range, but the majority of their cakes and ice creams were not vegan, and none of their vegan ice creams were homemade. Fast forward a year to mid-2017 and the owner of Ice Shack had turned vegan and had seen the demand in Manchester for vegan treats. Ice Shack turned vegan, the first dedicated vegan desserts parlour in the North of England. 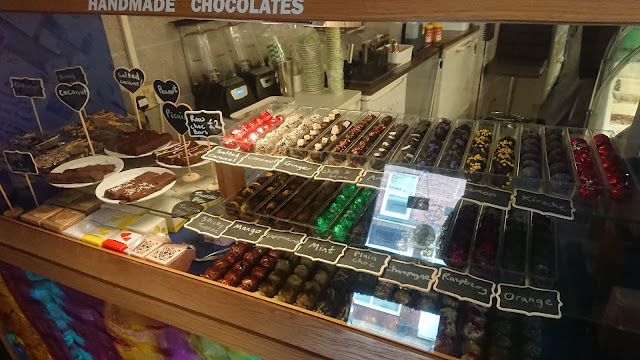 Ice Shack is more than just somewhere to go and stuff your face with cake and ice cream. Ice Shack is a place to hang out, to play board games, to meet other vegans. Ice Shack regularly hold events such as curry nights, board games nights and even athletic events such as 5 a side football or circuit training (although not in the actual shop). Or you could just stuff yourself with cake and ice cream. 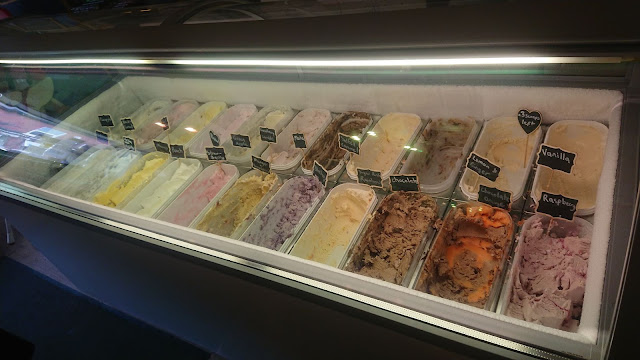 There are 3 counters at Ice Shack. The first you see as you enter has a range of vegan truffles and chocolates. The second has a huge range of vegan ice creams. The third has a selection of vegan cakes. Behind the counters you can see a menu which includes a manor of milkshakes, sundaes, a huge list of ice cream toppings & syrups and various specials. 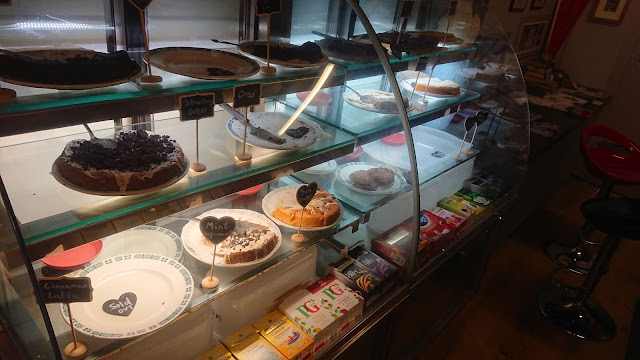 If, as a vegan, you have ever missed going into ice cream shops and being able to get multiple flavours, Ice Shack is definitely for you. From traditional flavours to modern favourites, Ice Shack does arguably the best homemade vegan ice cream you can get in Manchester. And their milkshakes are just superb.

You can get to Ice Shack by bus, getting on any of the busses to Didsbury along the student corridor. If you really want to avoid the bus, it's a 15 minutes walk from Burton Road tram stop or about 18 minutes walk from Mauldeth Road train station. Or if you really want to try their ice creams without travelling that distance, you can try a limited range at The Deaf Institute near MMU next to Oxford Road. 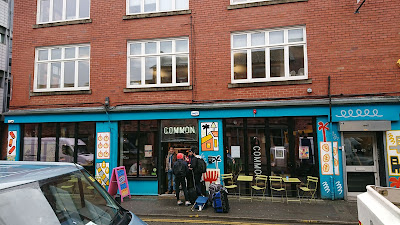